Our favourite books of 2021

It's almost the end of 2021 and we've been thinking about the vast number and wide variety of volumes that have passed through our offices over the last twelve months.

We've catalogued and added to our database www.ilibri.com 50,000 new publications from Italy, France, Spain, Portugual and Greece, covering everything from exciting new research to spectacular art and exhibitions, prize-winning novels and the latest releases in Italian film. Our approval specialists have spent the year selecting and proposing titles of academic merit for individual libraries, and carefully curating thematic lists of interesting new publications to support customers across the board.

So we asked them to put down their "selecting" hats for a change, forget collection development profiles or academic themes, and tell us which of the many books they've seen this year have remained with them as personal favourites. This short list includes just some of the titles that have made a particular impression on us during the year! 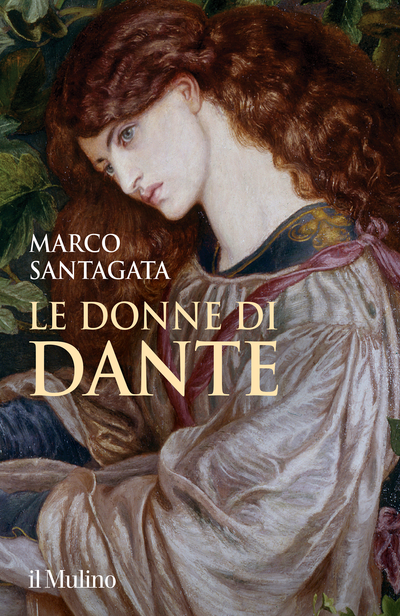 Head of Approval Plan and selector for Italian language publications

The book that stood out for me was Le donne di Dante by Marco Santagata (Casalini card n.20403690), a great scholar of Dante, Petrarch and nineteenth-century Italian opera, who passed away last year. In this posthumous work, Santagata goes beyond the figure of Beatrice and other female figures that appear in the Divine Comedy, to look at and discuss also the women in Dante's life, such as his older sister, Tana, and his wife, Gemma. Another element of the book that struck me were the wonderful illustrations, that range from fourteenth-century miniatures to the works of Dalì.
One of the things I like about this work, like all titles by Santagata, is that, as well as being academically valid, the writing is accessible also to readers who are not experts in the field, with the focus touching on the details and curiosities of everyday life. Santagata published many popular essays and novels during his career, among them two prize winners: one for the prestigious Premio Campiello, and the other the Premio Stresa. 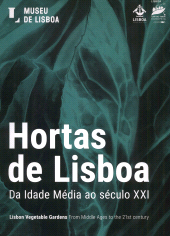 This catalogue (Casalini card n.21330034), from the exhibition "Hortas de Lisboa", or "Lisbon's Vegetable Gardens", has to be my favourite. The exhibition focussed on the greener and more sustainable Lisbon, showing the evolution of the city and the development of urban agriculture.
I found it interesting to see the history of the city from a different point of view and liked the way the exhibition helps us to understand how we can create urban environments that are more eco-friendly and liveable. Lisbon, European Green Capital 2020, teaches us that bringing a bit of countryside back to the city is possible! 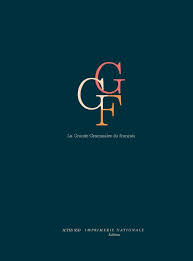 My choice is La grande grammaire du français (Casalini card n.21810234). Why? Because rather than just laying out the rules for the correct use of the language - as is usually the case with this type of title - it actually looks at current usage and how French is really spoken, across France.
I particularly appreciate how the many expert contributors, involved for over a decade in the compilation of the work, have taken into consideration the diversity that is found in the spoken language, both at a regional level and beyond the country's borders. 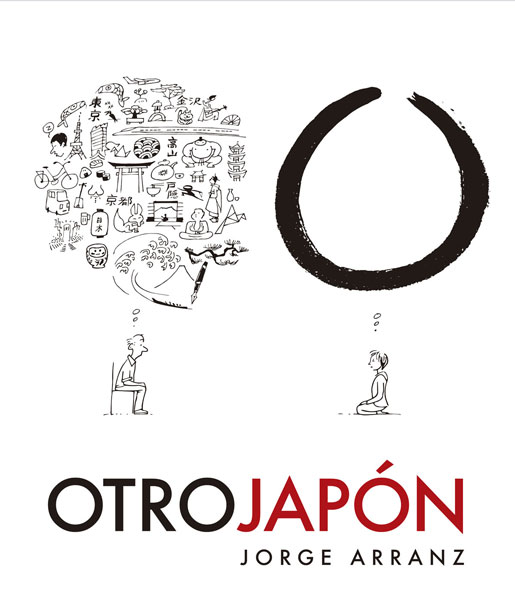 In Otro Japón (Casalini card n.60850444), artist, illustrator and cartoonist Jorge Arranz describes Japan through his drawings, taking his inspriation from a journey of rediscovery; a return to the land of the rising sun, 40 years after his first visit. The first time Arranz travelled to Japan was in the 1970s, accompanied by his then girlfriend, a young Japanese girl who was studying art in Madrid; this journey shaped his first contact with Japan's millenary culture. On the second occasion, he returns to Japan with his Spanish wife.
The title of the work refers both to the different ways in which Western and Eastern people perceive life, and to the personal vision of the author who looks at the same country with different eyes. I have chosen this book because I enjoy the way it transports me back to my own, personal, travel memories, an experience that I would very much like to relive as it is a fascinating country. 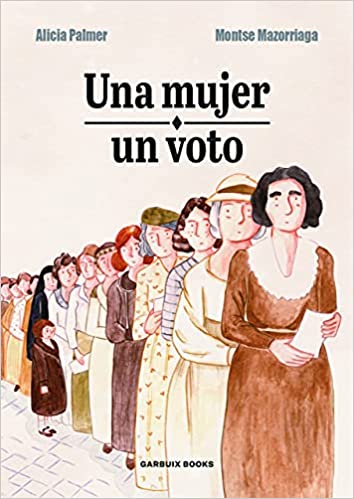 I would have to choose Una mujer, un voto (Casalini card n.60849655), a graphic novel about the Spanish suffrage movement, released to coincide with the 90th anniversary of women obtaining the right to vote in Spain. It follows the struggle of Clara Campoamor and other women involved in the movement, some of whom are perhaps less well known but whose contribution was every bit as important.
I love the way in which the characters are drawn, the intersecting stories of anonymous women who were how my own grandmother might have been; she was able to vote for the first time in that period. Above all, I have a great deal of admiration for Clara Campoamor, a woman who fought passionately for our rights. 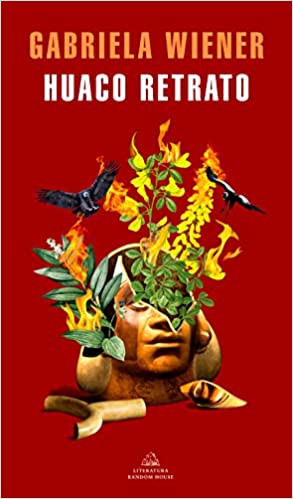 The book that made the biggest impression on me this year is Huaco retrato (Casalini card n.60849900), by Gabriela Wiener, a Peruvian writer living in Spain. Wiener tackles extremely current issues, such as identity, migration, postcolonialism, femininity and family, in an entirely original way, intertwining them with her own, very personal perspective. In this book, she goes in search of her European origins through the story of her ancestor, Austrian archaeologist Charles Wiener.
Wiener's writing is the main reason I have chosen this book; I especially like how her narrative voice tells us things from a new and different point of view, in a way that makes us really reflect. 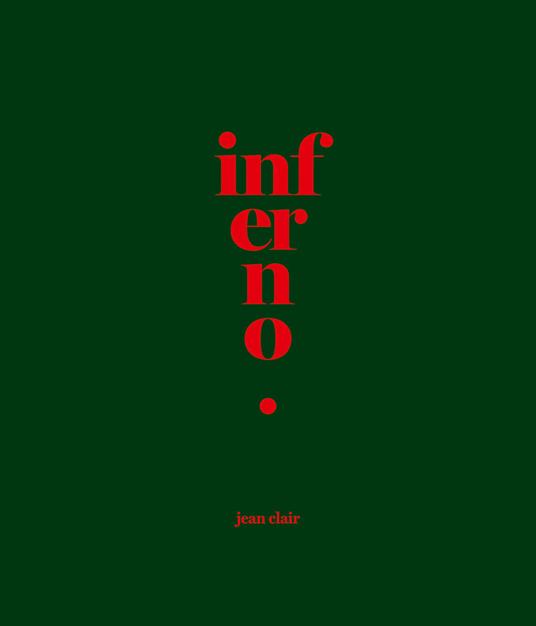 At the top of my Christmas list is Inferno (Casalini card n. 51260156), the catalogue of an exhibition of the same name, currently on display in Rome. The exhibition and its catalogue pay homage to the Inferno canticle of the Divine Comedy. I realy like the broad approach to the theme and how the catalogue is packed with illustrations and text; it includes colour reproductions of all of the 235 works displayed, as well as contributions from respected scholars and an anthology of short extracts from authors who have dealt with the theme of Hell from a literary perspective.
The art book Stefanos Rokos: Nick Cave & The Bad Seeds - No More Shall We Part, 14 paintings 17 years later was another of my favourites. It documents the work of contemporary Greek painter Stefanos Rokos in creating the exhibition of the same name.

And, to close our list of personal selections, here's a brief round-up of the titles that have most captivated our Director of Sales and Bibliographic Services, Patricia, during the year. 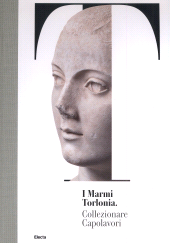 Luckily the exhibition was extended so I was able to see it when I was in Rome for the Più Libri Più Liberi book fair. The detail of the faces on some of the sculptures are astounding. 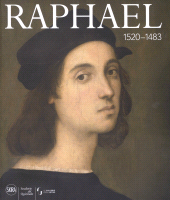 I didn't see this one (sigh) but there is chapter on the restoration of the portrait of the Pope Leo X. This specific portrait is on view now at Palazzo Pitti and is simply mesmerising. Forget all those Raphael virgins! 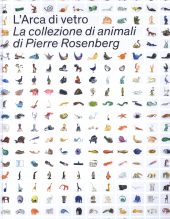 What's mine is yours : private collectors and public patronage in the United States : essays in honor of Inge Reist

This is a fascinating insight into the birth of many of the most important collections in the US. I must admit I kept each of these four books open on my desk for weeks to fully enjoy the experience of turning the pages!

As you can see, 2021 has been a rich year for publishing across all of our markets - and we're looking forward to bringing you even more fascinating titles in 2022. In the meantime, we'd like to wish you happy holiday reading and a bright start to the new year!