Cataloguing and supply services for libraries

Casalini Libri is one of the leading suppliers of publications from across Southern Europe to libraries and institutions worldwide.
A major bibliographic agency, we produce original catalogue records to the standards set by RDA and BIBCO.
We provide an efficient and personalised service for libraries
combining the supply of publications with a range of solutions that facilitate selection, acquisition and processing workflows.
The Torrossa Digital Library aims to offer institutions a resource that gives access to scholarly e-books and e-journals.
We firmly believe in communication, co-operation and collaboration to optimise new opportunities.
and are involved in the development of cataloguing practices for the future, and the use of Linked Data and BIBFRAME in libraries.
In 2020, Casalini Libri joined forces with Mr Dirk Raes to acquire Erasmus and Houtschild, combining experience and expertise,
and with Tiziana Possemato of @Cult,our long-standing technological partner specialized in information management and knowledge sharing.

2020: the Casalini Libri story so far - keeping calm and carrying on

A look back at the last few months.
Florence has been strikingly empty but perhaps all the more breathtaking for it.
We've taken our work home, creating unique office spaces, maintaining contact with you through many different channels...and enjoying a variety of stunning views from our desks!
We've established an exciting new partnership, joining forces with Mr Dirk Raes to acquire Erasmus and Houtschild, to combine the experience and expertise for which we are known.
And we've released a new and improved Torrossa digital library to further support libraries building electronic collections.
Publishers have also been busy... continuing to send us new and interesting works.
While office life has visibly changed to ensure the safety of team members working on site as they prepare volumes for their onward journey to you.

96
professionals specialised in library and publisher services
51
countries to which we have shipped books
300
days a year spent visiting customers across the world
3.000
libraries and institutions use our services
43.000
new titles catalogued each year
2.800.000
titles in our database

Casalini Libri was founded in the late 1950s by Mario Casalini, the idea emerging during a business trip to the United States that Mario made on behalf of the publishing house La Nuova Italia. An avid reader and well-versed in Classics and the Arts, Mario noticed both an insufficiency in the quality and timeliness of bibliographic information and a growing need for a reliable supply of Italian publications abroad. This intuition led him, in 1958, to create an information and supply service for titles that were not easily found. An activity that was initially dedicated solely to the Library of Congress in Washington, the continuous increase in requests to the service made an expansion of personnel necessary, and consequently a new venue, in Via Leopardi in Florence.
The company's mission remains to this day the diffusion of Italian culture worldwide, a driving force that impels it to continue evolving and to create solid foundations for the development of well defined services dedicated to all types of cultural and academic institutions. In the 1960s the company deepened its commitment mainly in consolidating and perfecting its bibliographic services, while in the 1970s it began managing subscriptions to journals on behalf of its customers. It was the 1980s that saw a real turning point: Casalini Libri created its own bibliographic database and was among the first European bibliographic agencies to distribute records in MARC format. In the 1990s all catalogue records were published online in a website designed specifically for libraries and research institutions, to facilitate the consultation of data and the development of their book collections. In 1999 Casalini Libri, in collaboration with The Charleston Company, inaugurated the series of annual Fiesole Retreat conferences on the future of libraries.
Faithful to the traditions of the business and committed to innovation, at the beginning of the new millennium Casalini Libri was one of the first companies to appear on the digital market, with the publication of the first collection of electronic titles EIO - Editoria Italiana Online, made possible thanks to close links and fruitful collaboration with some of the most important academic publishing houses in the country. Immediately afterwards, the company expanded its supply of paper publications to include the whole range of the Romance languages; the catalogue of electronic publications was also gradually enriched with Spanish, French and Portuguese titles. In 2011 the digital library was renewed both in terms of its technology and functions, and the Torrossa digital platform introduced. During the same period, Casalini Libri further advanced its cataloguing activities and expertise, creating records according to the RDA (Resource Description and Access) standards, just a few years after becoming part of the Program for Cooperative Cataloging (PCC), to which it contributes subject and classification proposals and authority files.
Today Casalini Libri is particularly interested in Linked Data and the possibilities it holds for the field of librarianship. A firm believer in technology as a fundamental tool for innovation, the company invests heavily in research and development: in 2017 it was officially recognized as an ISNI (International Standard Name Identifier) registration agency and is still involved in the library community's discussions on BIBFRAME (Bibliographic Framework Initiative), as well as being a promoter of models for the practical application of BIBFRAME in libraries.
Thanks to the guidance of Mario's children, Barbara and Michele, more than 60 years after its foundation and now with two offices in Fiesole and Caldine, Casalini Libri not only still reflects the original innovative essence instilled by its founder, but takes forward his desire to promote the dissemination of culture, through collaborative work and constant dialogue with the library and academic world. 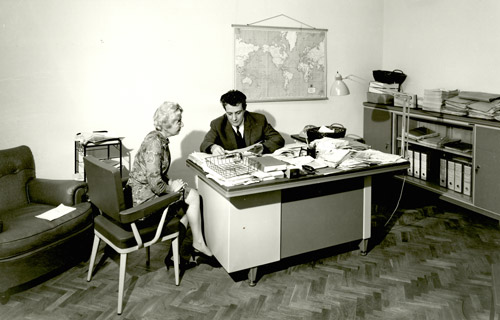 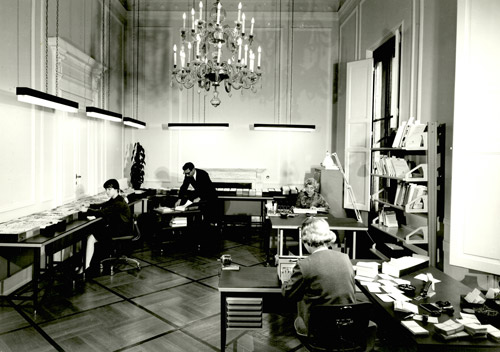 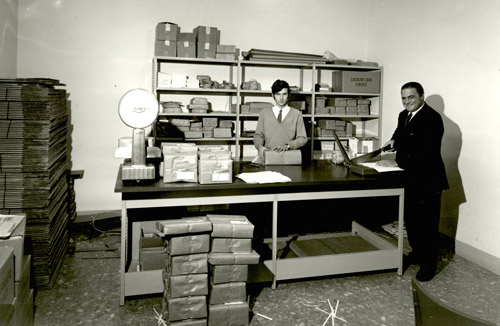 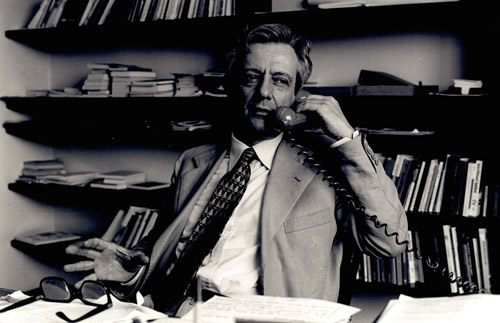 Erasmus was founded as Erasmus Antiquariaat en Boekhandel by Dr. Abraham Horodisch in Amsterdam in 1934. Together with Horst Garnman, he quickly developed the antiquarian bookshop into a preeminent name in the international book trade, specializing in the area of art and art history. Since 1984, the focus of the company has shifted to focus on supply to libraries, providing a comprehensive service to university, research and specialist libraries. Its subsidiary in Paris, Librairie Erasmus, was founded in 1990 in order to guarantee efficient delivery of French publications. Over 40 employees and qualified booksellers in Amsterdam and Paris continue to provide personal and reliable customer service.

Founded in the Netherlands in 1974, Houtschild International Booksellers has made a name for itself as an outstanding supplier of academic books and journals from all countries, in all languages, specialising in the supply of English and foreign-language European publications and offering a wide range of services for academic and institutional libraries. Both efficient and innovative, the company is strongly committed to maintaining a high level of service, with customer care in the hands of a highly-qualified, experienced, multilingual staff.

Cadmo, a publishing division of Casalini Libri, epitomises the editorial philosophy of Mario Casalini, an interest that began in the fifties, allowing him to dedicate his passion as publisher to give voice to the humanistic disciplines, encompassing a breadth of views, from scholars of different nationalities.
Specialising in books and academic journals in the fields of philosophy, arts, literature, linguistics and history, Cadmo's titles take an approach that combines editorial rigor with innovation.
Since 2000 Cadmo titles have also been available in electronic format, accessible via the Torrossa Platform.